Bringing Cabo Verde up to date, these are the last photos we've taken lately. They mostly just show Bertie playing and being happy; I think our nightly perusal of Calvin and Hobbes is starting to have an impact on my feelings about summer! School starts on September 4, so it's nearly done.... 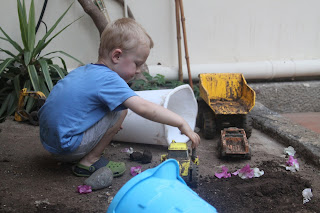 We have a double obsession right now: between Bob the Builder (and his machine friends!) and dinosaurs, it would be hard to say which we like better. So, in brilliant and timeless joy, we have Bob the Builder dig for dinosaur bones. Usually Bertie sings the Bob the Builder theme song over and over while he's playing like this. 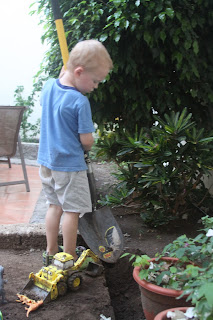 "Mama, this is the shovel for snow." And he doesn't let that stop him from using it in the dirt! 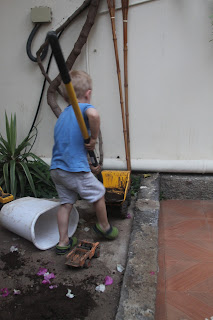 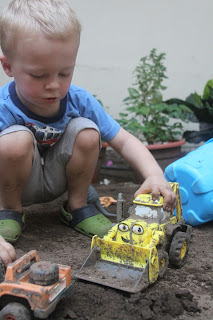 Scoop (from Bob the Builder) and the recently named Packer (from Nick, Kara, and Owen!) work hard on moving dirt around. 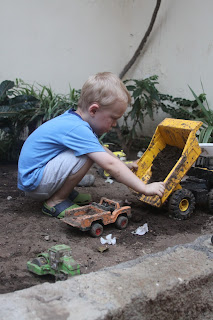 And the marvelous big yellow dump truck (Rubble) figures big in these games too. 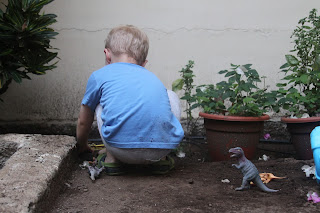 We actually had Tyrannosaurus Rex out to watch us the other night. There were some others as well, but T Rex was most in evidence. 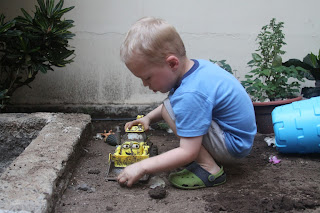 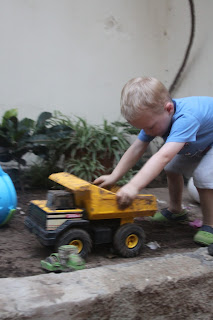 I love this dump truck at least as much as Bertie does. 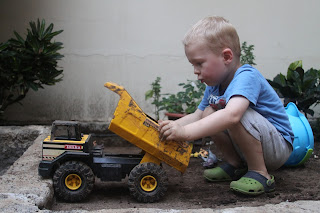 We visited Praia Sao Francisco with our new friend and colleague Derek. He brought his good camera and his lovely dog, and a fine time was had by all! Poor Ian missed it because he was flying home from Frankfurt. This is a panoramic view of about half the beach. It was a great day. 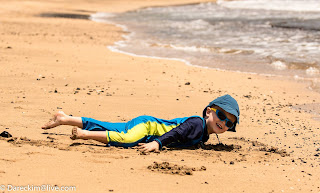 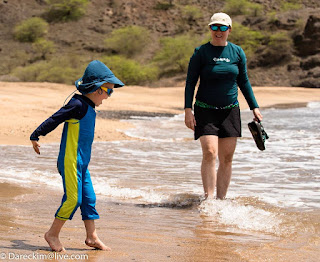 Bertie is still pretty worried about waves, but he warmed up today. 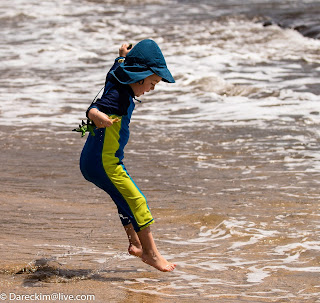 And we did some awesome wave jumping! 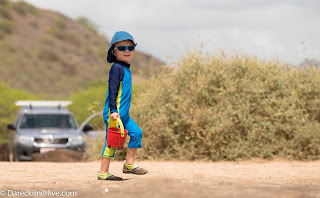 Happily we had a number of buckets to put sand and water in. He was very busy and worked very hard!

Bertie also threw a bunch of sand back into the ocean. Guita made a new friend too - this is Kawa, the delightful chocolate lab!