After a long silence, we're back! Praia is lovely - very calm and very nice. Cabo Verde has its problems, but so far no civil violence. These are a little random, but they give an idea of things! 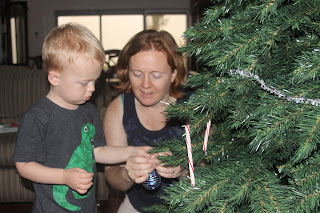 As an Oregonian it pains me, but we bought a fake tree so we would be able to have one wherever we're living. Bertie was over the moon about decorating it! 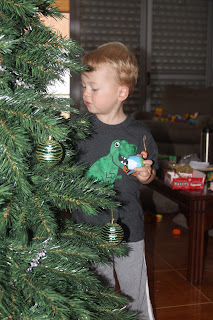 Thank goodness for World Market. I bought a bunch of new ornaments from there before we left so we would have something to put on the tree! None of the rest of our things had arrived at that point. And they had a good selection of dinosaur ornaments last year.... 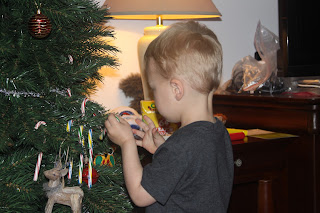 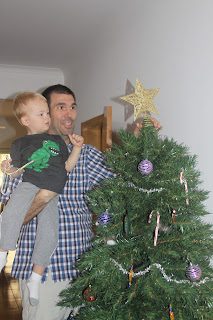 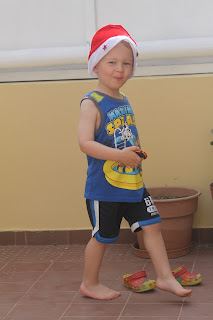 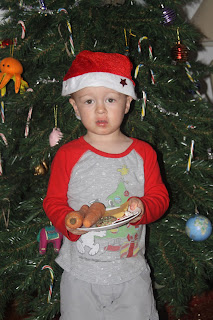 But we're a little worried about leaving out a plate of cookies and carrots! 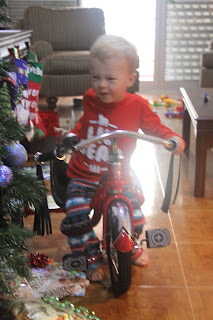 Oh wow!! Grandma and Grandpa sent a bido!! (Bido is Bertie's particular Creole: it's a blend of bike and velo (French for bike).) 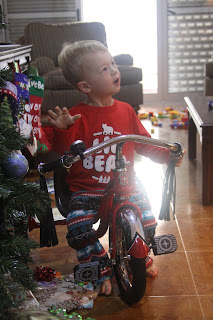 And Guita got an alligator! 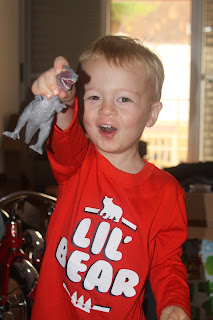 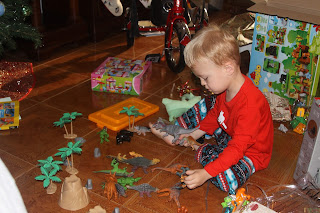 Dinosaurs, Legos, and a bido. Bertie was a happy boy! 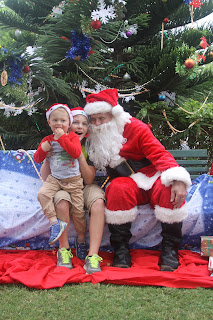 Bertie met Santa at the Embassy holiday party, and Santa gave him a duck! 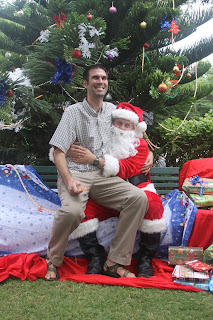 And then Ian asked for a pony. 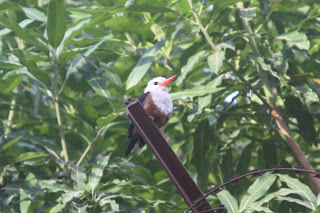 The not-so-elusive Cabo Verdean kingfisher. This is a subspecies local to Cabo Verde; it evolved differently from its West African cousins because of its isolation and specific environment. They are often near our house, and they sing nicely. 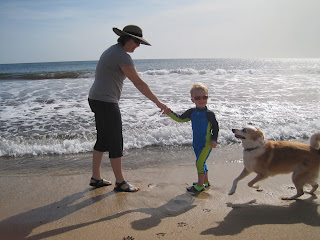 Around New Year's we went to the San Francisco beach, about 20 minutes from our house. Bertie was happy, and even Guita shook off her laziness! 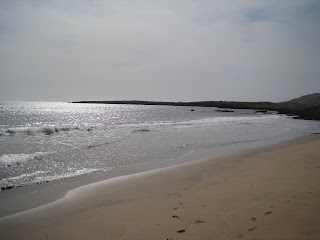 Cruise ships sometimes bring people to see the beach here, but that morning it was peaceful and quiet. 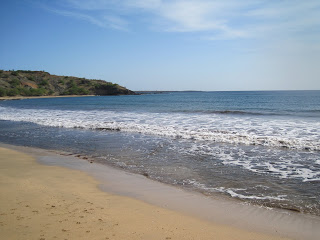 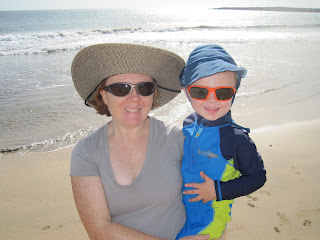 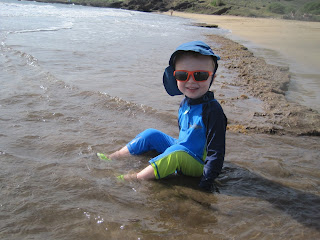 The water was so calm Bertie wanted to sit right in the waves. It's been too rough since then to go back to that, but maybe this winter... 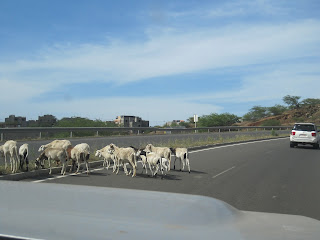 Goats on the road! 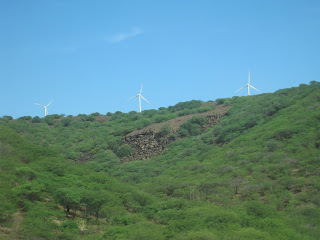 This wind farm provides nearly half of the electricity for the city of Praia on windy days - and it's almost always windy. 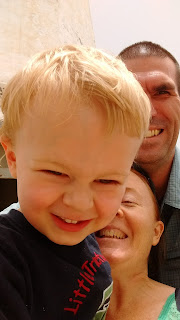 We went for a walk one day and visited the lighthouse we can see from our roof. It's a cool old lighthouse, and the guy in charge took us up to the top! It was a windy day.... 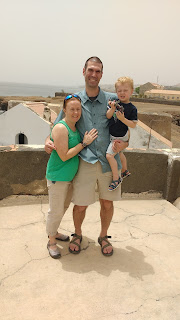 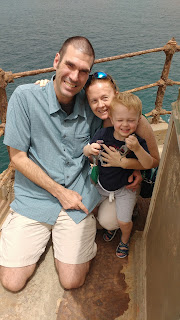 On the top. It was rusty and a bit exposed.