Bertie started going to school (or work, as he calls it) in January. He loves it: it's the French school, so he speaks French in the classroom and Cabo Verdean Kriolu (creole) on the playground. He loves his teacher, and he loves having friends! Our fears that he'll be an extrovert may be realized.... 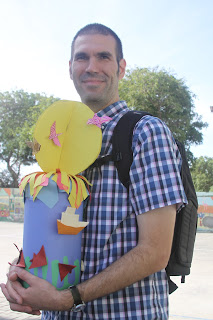 In February, the school celebrated Mardi Gras/ Carnaval with a "tip of the hat" (coup de chapeau) party. Parents were given tagboard cylinders stapled to the size of their kids' heads and asked to decorate. I did origami boats and fish under a big construction paper sun. Bertie loved it until the teachers asked him to put it on.... 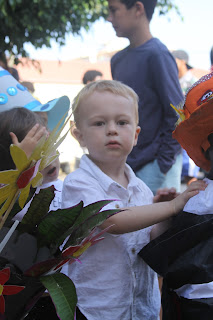 Starting to get worried... 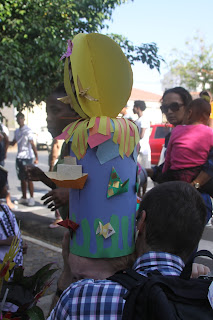 A reassuring hug from Dada that didn't make things OK... 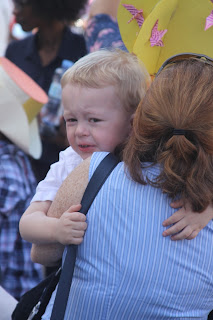 And Mama failed too. 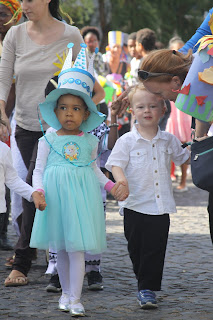 Once the little parade started, he relaxed a little, and we just carried the fabulous hat. 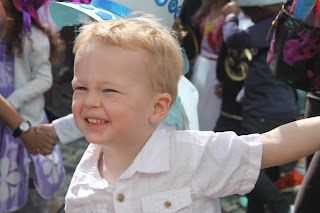 And he smiled a little! 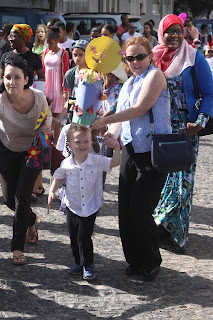 I could pretend he was wearing the hat if he didn't notice! 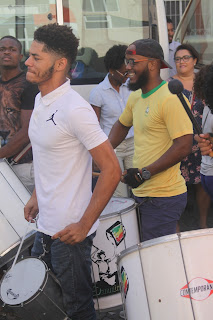 Cabo Verde has a long drumming tradition, so the school had drummers come in and lead the parade. By design or by error, the littlest kids walked right behind the drums. It was very loud! 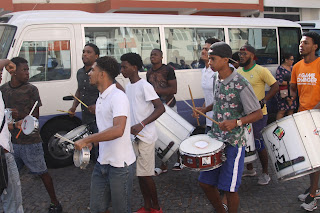 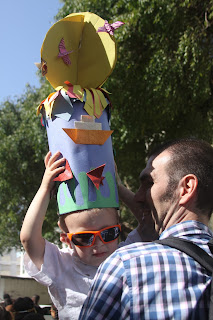 From the safety of a boost from Dada, Bertie was willing to put the hat on. 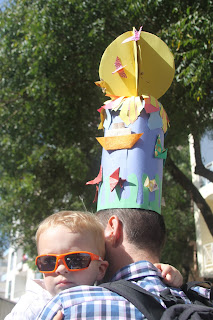 But he really prefers life without the hat! 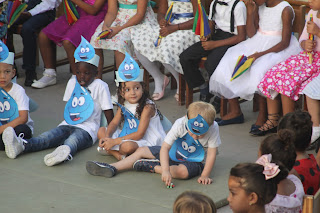 At the end of the school year, the classes performed songs and dances they had worked on all spring. The theme was "water," and the little kids were "des gouttes d'eau" - drops of water. Bertie took a train to help wile away the hours. 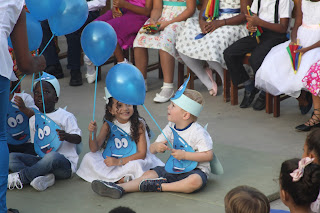 Then they handed out balloons on sticks! 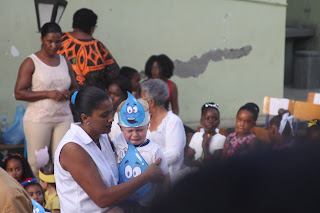 Then Bertie realized Ian and I were in the audience, and he lost his mind. 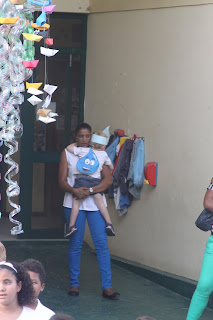 In a big way. Eventually his teacher waved me down to go sit with him. 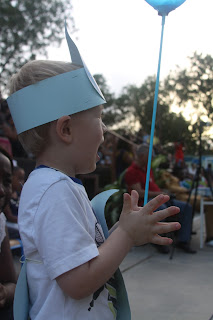 And once Mama was there, he relaxed and kind of enjoyed the process. 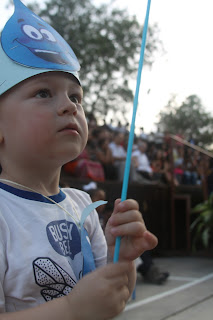 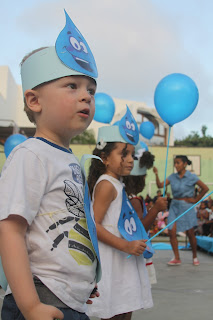 Flic, floc, flic floc! This is the big song and dance! 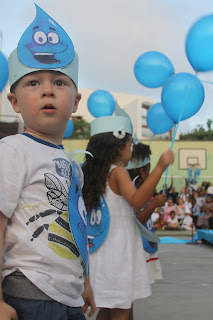 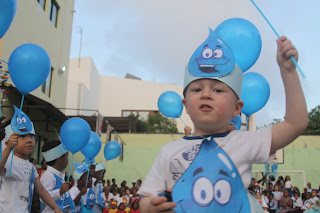