The Lakes District is shot through with beautiful hiking trails, and late April is a beautiful time to be there. Bertie is not much of a hiker, but we went out one day for a nice long walk above Grasmere. This is Wordsworth country, but we were neither overwhelmed with daffodils nor taken with the urge to proclaim odes to anything. It was a lovely day! Although the Lakes District is called 'lakes,' there is only one actual lake in the area: Bassenthwaite Lake. We did not visit it. The others are meres, waters, and tarns. The area has been settled for thousands of years, so there are lots of linguistic foundations at work in the names of landmarks. 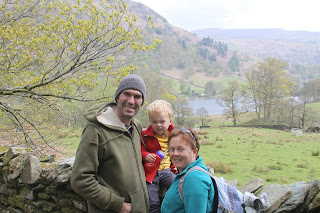 Happy family at the beginning of the trek! 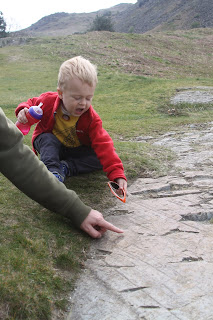 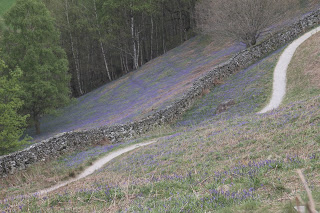 While we didn't see any daffodils, the lower hills were blanketed in bluebells. 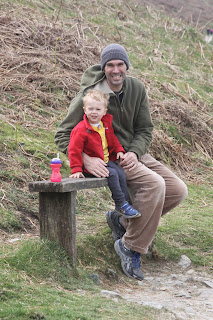 Having a little break on a bench, and making Ian look tall. 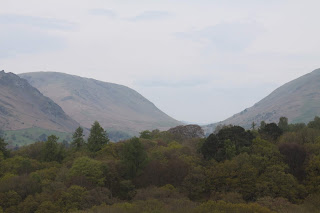 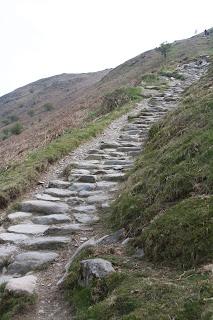 The steps up to the peak of Loughrigg Fell (Luffrig). We did not go to the peak but continued on around it. 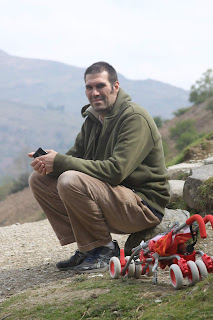 We had the stroller with us, but Bertie was a trouper and declined to use it after the first few minutes. We used cheese, crackers, candy, and apple juice to keep him going instead! 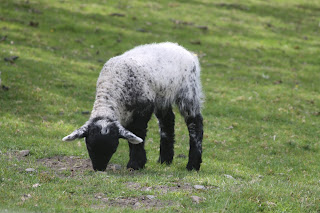 There were sheep everywhere! 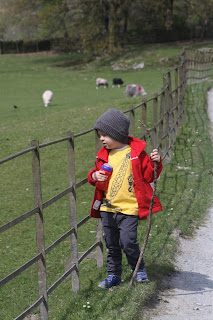 A boy can hike far if he has apple juice and a stick... 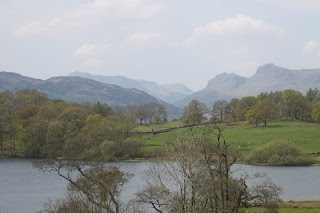 Loughrigg Tarn. It was so pretty. 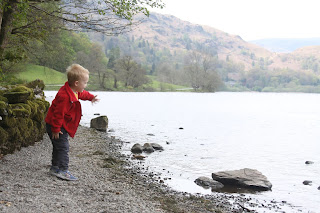 Towards the end we made it back to Grasmere and threw rocks in the lake. A friendly fellow hiker had an RC hovercraft and let Bertie drive it for a minute! 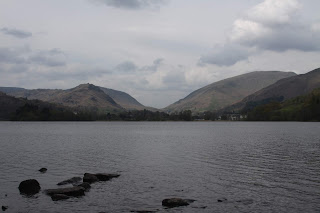 Looking roughly north across the water. 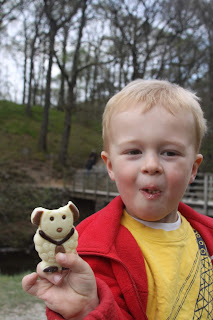 The last snack to get us back to the car. It was an amazing day!


North of Ambleside, and in fact near the northern boundary of the district, is Derwentwater. Above Derwentwater there are prehistoric standing stones, something like Stonehenge but much, much smaller. 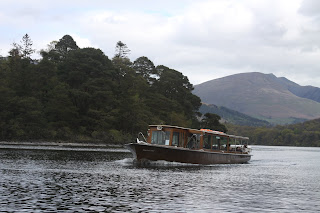 We took a cruise on Derwentwater in one of the historic boats. 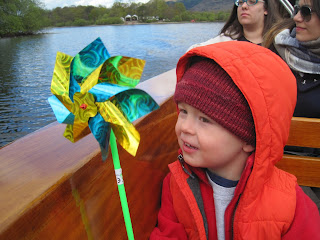 Bertie got a pinwheel for the ride! 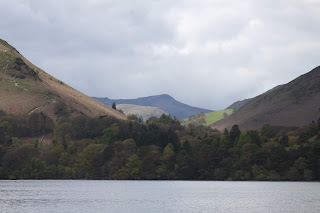 Again, it was so pretty there. 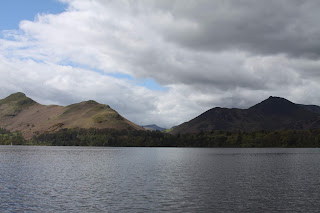 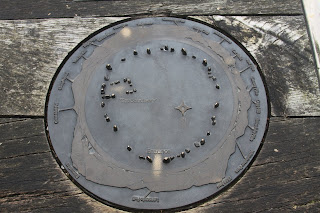 We also visited the Castlerigg stone circle. This is the mock-up, showing what it would look like from above and if everything were upright. 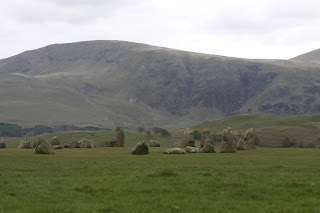 This is how it looks from the ground. For scale, there is a white paraglider just below the rim of the mountains behind it, nearly in the middle of the picture. The stones are not particularly huge, but the area is. 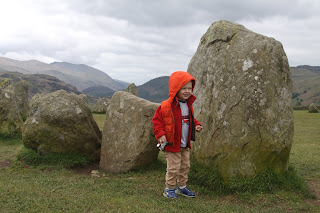 Bertie providing a different kind of scale. He thought (and thinks) that the idea of "rocks standing up" is pretty funny. 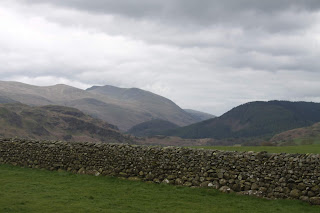 
Our final big outing in the Lakes was to Ullswater. It is also Wordsworth country, but we did not have the energy for a hike (and the daffodils were past anyhow). 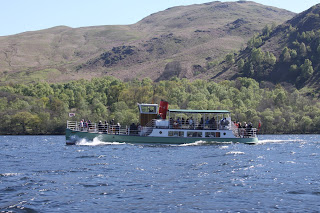 Another big water (pointedly not a lake!), another historic boat. 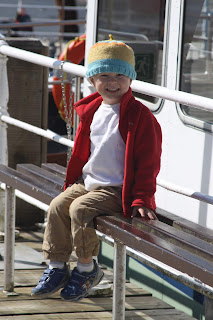 Waiting on the pier. 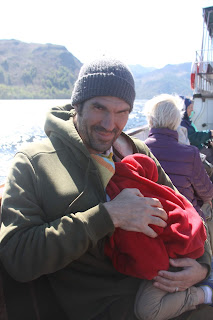 Bertie got a little cold and windblown on the way back. The wind was so strong and the water so choppy that our boat was the last to set out that afternoon. 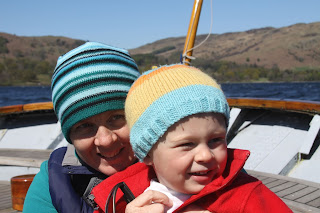 No fewer than three Royal Air Force jets flew very low over Ullswater while we were on our way back from lunch. They were extremely loud and incredibly close. 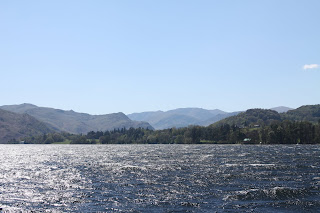 I'd go back and spend longer! 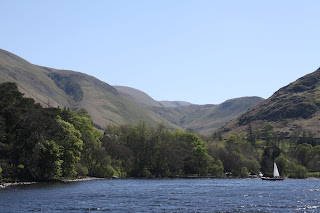