We ventured out over very small and winding roads to Ravenglass on the coast. We visited a very interesting regional zoo and an old castle (real this time) with a birds of prey exhibit. We finished the day with a ride on a narrow-gauge railway up into a lovely valley. 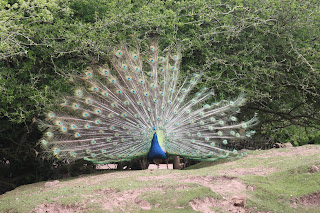 The zoo was large and a bit overwhelming. We met a "help-talking bird," a very accurate description of a peacock! 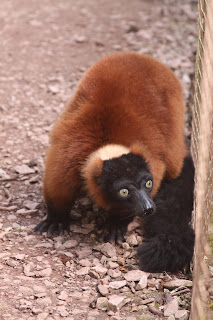 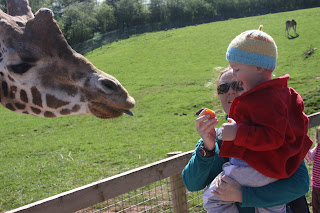 And then we met and fed a giraffe! It was thrilling! 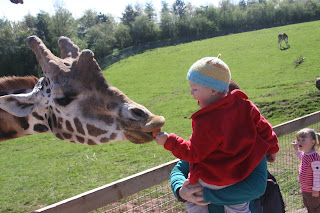 I love the face on the little girl behind me in this shot! 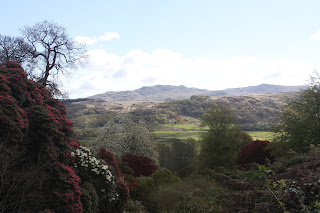 From the zoo we headed to Muncaster Castle, which has had something on this spot since the 14th century. The family still occupies part of the house, though the property is open to public visits. It's lovely, and the gardens were blooming like mad. This shot is looking from (roughly) the front of the house to the northeast. 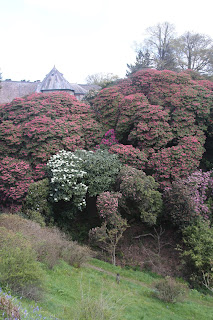 Did I mention the gardens? 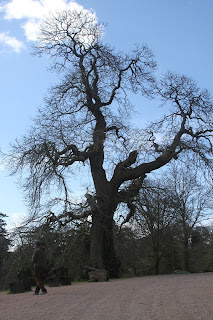 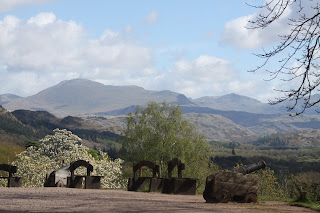 One last landscape shot - from here... 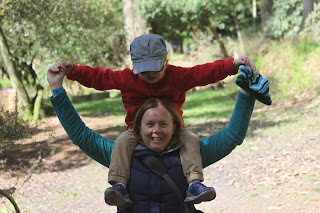 In such a picturesque and idyllic environment, everything was lovely for the family as well! 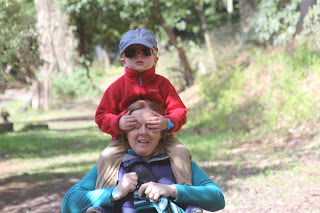 But we had to take some bumpy roads to get there! 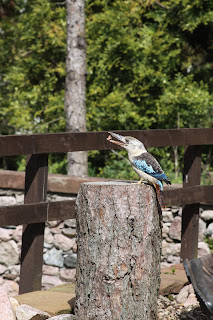 Muncaster Castle is home to a birds of prey exhibit. I believe all the birds were hurt and are in the exhibit because they cannot survive on their own. This is an Australian kookaburra, a long way from home. 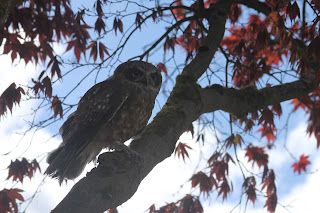 This is a local owl. Bertie loves birds and was totally interested until we got there. Then he pitched a fit and whined through the whole show. 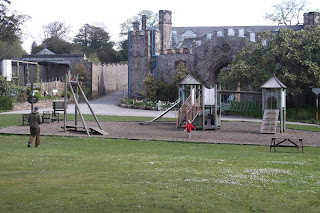 As we left the birds, he finally saw something interesting! 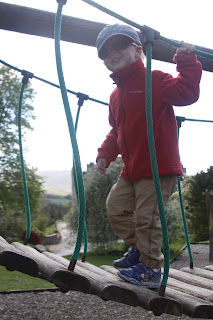 And he immediately took possession.


We rode the 'Lal Ratty' narrow gauge train up the Eskdale Valley. It's a legitimate commuter train, though at our time of day it was mostly hikers and tourists. 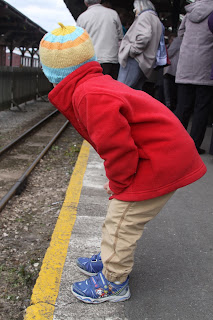 Waiting just as patiently as any commuter for the train! 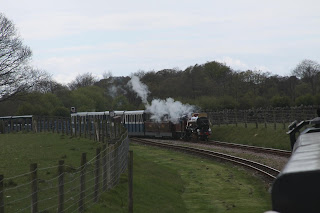 Our train was a diesel, not a silly steamy! But we were happy to pass the steamies en route! 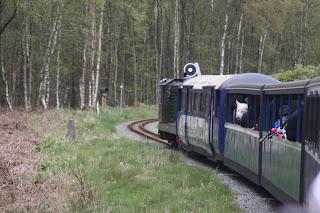 Look at that big, happy dog who gets to ride the train to go for a hike! 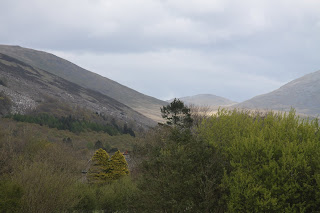 More landscape shots! I know I probably wouldn't like to live there full-time, but it was amazing to visit! And I'd go back in a heartbeat. 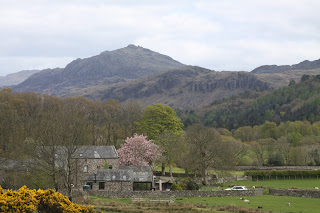 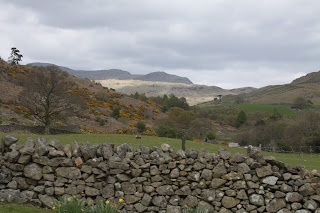